Penina Adelman is a scholar in residence at the Women’s Studies Research Center at Brandeis Univ. She runs groups to empower mothers who mentor preteen girls. She is working on an interactive website for preteen girls. She has worked as a social worker in psychiatric hospitals and juvenile court in the US. She has published 2 books; “The J Girls Guide” and “Praise Her Works: Conversations With Biblical Women.” which weaves together Jewish tradition and modern society through stories, commentary, and questions.

Michal Blumberg has a B.A. in psychology from Touro College in NY, and an MSW from Wurzweiler School of Social Work of Yeshiva Univ. She received a CSW and LCSW in NY, and an LICSW in MA. She worked as a social work supervisor at Jewish Board of Family and Children’s Services in NY for seven years in a residential facility for developmentally disabled children and adults. She currently teaches second grade Judaic studies at Torah Academy in Brookline, MA.

Atara Eis has a B.A. in Judaic Studies and Music from Yeshiva University, Stern College for Women, N.Y.C. She completed the Graduate Program for Women in Advanced Talmudic Studies, also at Yeshiva University. She is a current fellow in Nishmat’s Keren Ariel Program in Jerusalem and has taught weekly classes at the Beit Midrash of Columbia University and Barnard College.

Esther Isenberg is a popular yoga instructor in the Lexington area, who is MSSW certified in Tri-Yoga.

Rabbi David Jaffe is the founder and dean of The Kirva Institute for Torah and Spiritual Practice. He is an instructor of Rabbinics and dean at Gann Academy: The New Jewish High School in Waltham, Mass. He received Rabbinic ordination at Yeshvat Bat Ayin in Israel and has taught widely in the Boston community at many programs including Ikkarim, Pathways,Ma'ayan, and LEADS.

Lila Kagedan is a graduate student at Harvard University. She works as an educator and curriculum developer as well as an ethicist and consultant for a variety of NGOs and academic institutions. She has lectured and consulted extensively in both the U.S. and internationally in clinical environments in the areas of women's health, family planning, and ethics. Lila has taught Talmud and Jewish Studies in formal and informal settings and has written extensively on medicine, Halacha, and Jewish ethics. She developed and is the current director of "Sulam Brookline" (for which she won a Presentense Fellowship Award), an innovative and rigorous after-school Jewish Studies program in Brookline, Ma. Lila received a B.A. and M.Ed. from the Univ. of Toronto and an MTS degree from Harvard Univ. She has studied at Hebrew Univ. and Midreshet Lindenbaum in Jerusalem and has trained in the JOFA Kallah Teacher Training program.

Esther Leah Marchette has a degree in songwriting and voice from Berklee College of Music. She explores spiritual growth through song, prayer, and Torah learning. She is co-director of the Boston Breslov Connection which sponsors classes in the Chassidic teachings of Rebbe Nachman.

D’vorah Miller Has a Jewish Studies degree from Bnot Chayil College in Israel and a certificate in Therapeutic counseling from Masoret College in London. She is involved in NCSY, an Orthodox Jewish youth movement. She is currently an instructor at Torah Academy, in Brookline, MA

Rabbi Shmuel Miller is currently the director of NCSY New England Region Youth and head of the Jewish Student Union at Lexington H.S. He was featured on BBC World Service, Channel 4 television, and in the Jerusalem Report for his successful programs with teens.

Rabbi David and Ariel Pardo are Co-Directors of the JLI (Jewish Learning Initiative) at Brandeis University where they create educational opportunities and social programming, deliver weekly classes on a wide range of topics, and evaluate and explain hundreds of personal and communal halachic questions for over 1600 Jewish students on the Brandeis campus. Rabbi Pardo was formerly Director of Education at The House (a prominent educational center that delivers relevant and inspiring programming)  in Toronto, Canada where he delivered classes and series, and hosted social/educational events. He has a B.A. degree from UCLA and rabbinic ordination from Yeshiva University. He is a student in the MBA/Social Entrepreneurship program at Brandeis Univ.  Ariel Pardo has a B.A. from UCLA and completed coursework in women's health and halacha at the Puah Institute in Jerusalem, Israel. She is currently studying for a graduate degree at the Graduate School of Arts and Sciences at Brandeis Univ. Rabbi David and Ariel Pardo are the proud parents of three adorable young girls.

Rabbi Dani Passow serves as the Orthodox Rabbi and Jewish Educator at Harvard Univ. Hillel where he conducts life-cycle events, serves as a halachic authority, and directs
educational and community programming for Harvard undergraduates and the entire Cambridge community. He has served as an Assistant Campus Rabbi at Columbia Univ. Hillel in NY, and a Pulpit Intern at Congregation Shaarei Tefilllah in Newton, Mass. where he taught weekly classes on Chassidut and delivered Shabbat sermons.
He was director of Tav Hayosher in NYC where he oversaw a team certifying kosher restaurants for ethical employee treatment. He was a Rabbinic Consultant to the Sukkah City Design Competition in NYC, and has been a scholar in residence at multiple synagogues throughout the U.S. as well as in Beijing, China. He received Rabbinic Ordination at Yeshivat Chovevei Torah Rabbinical School in NY and a B.S. in Interdisciplinary Engineering from Cooper Union in NY.

Rabbi Roy Rosenbaum currently teaches at Maimonides High School in Brookline, Ma. He holds B.A. and M.A. degrees from Univ. of Chicago and has served as a senior staff member for American Friends of Hebrew Univ. and the Orthodox Union.

Rabbi Dr. Meir Sendor has been Rabbi of the Young Israel of Sharon, MA for over 20 years. He received his ordination from Yeshiva University, and his doctorate in Medieval Jewish History from Harvard University.

Malka Simkovich is a graduate of Yeshiva University, Stern College for Women in N.Y.C. and Michlellet Mevaseret Yerushalayim, a women’s learning seminary in Jerusalem. She is currently a graduate student in Hebrew Bible at Harvard University and teaches Chumash and Navi (Bible and Prophets) at Maimonides High School in Brookline, MA.

Rabbi Norbert Weinberg received his Rabbinic Ordination from Yeshiva University. He is Rabbi emeritus of the Adams Street Shul in Newton, Mass. and has served as a spiritual leader at synagogues in Quebec City, New Bedford, Ma, Fall River, Ma., and Norwich, Conn. He has also served as a scribe (sofer) for the Vaad Harabonim of Massachusetts.

Sharon Weiss Greenberg received a B.A. in Sociology and Jewish History from Yeshiva Univ. and a Masters in Education from Yeshiva Univ. She is currently a Ph.D. student in Education and Jewish Studies at New York Univ. She is a Wexner Graduate Fellow and Davidson Scholar and she studied Talmud and Halacha at the Drisha Institute for Jewish Education from '08--'09.
She has taught at Yeshiva Univ. High School for Girls in New York, at Yavneh Academy in New Jersey and at the Bergen County High School of Jewish Studies in New Jersey where she developed the curriculum. Ms. Greenberg currently serves as Co-Director (with her husband) of the Orthodox Union Jewish Learning Initiative at Harvard University, as Chaplain for Harvard University, and as an Orthodox Advisor at Harvard Hillel. 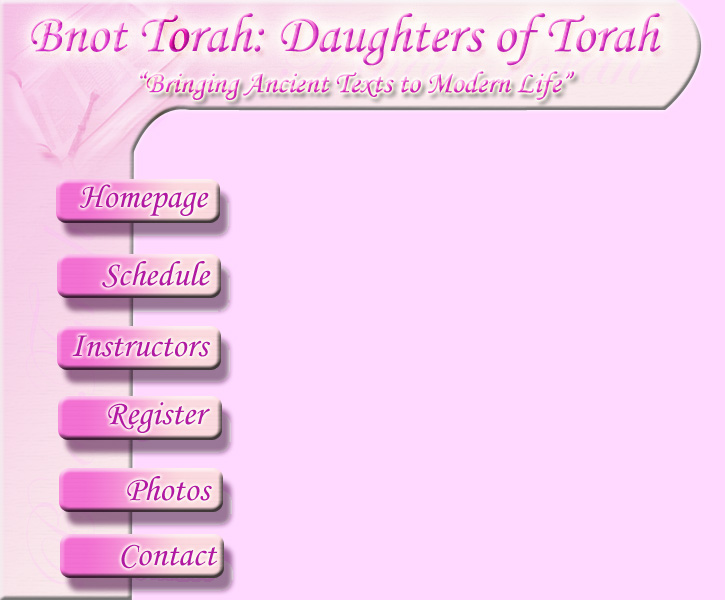